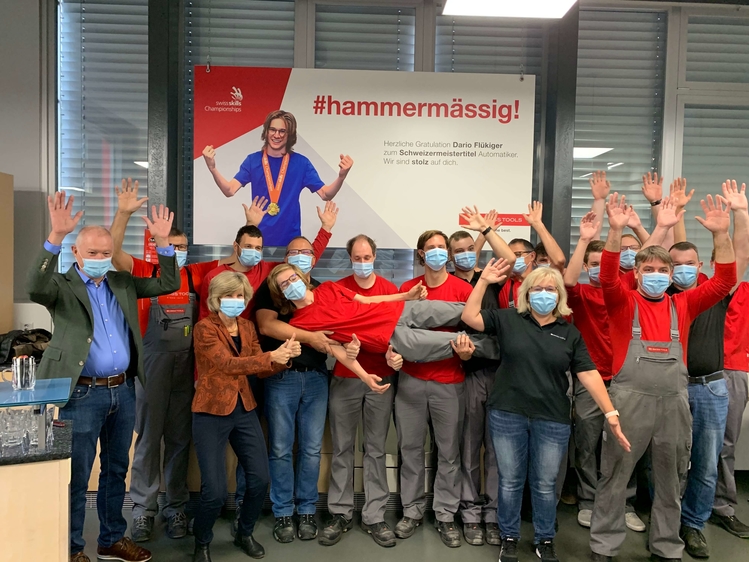 Our apprentice Dario Flükiger gave a masterly performance at the SwissSkills Championships 2020 and together with his team mate, Adrian Matthys, won the professional championship for automation engineers.

Dario Flükiger, apprentice automation engineer at PB Swiss Tools, had to go through a tough selection process to qualify for the professional championship which was organized by the Swissmem trade association in various companies and regions of Switzerland. The competition for the automation engineers took place from September 28 through to October 1 at Siemens Schweiz AG in Zurich. Due to the ongoing pandemic, visitors were not allowed to attend the championships live, but were able to follow through the livestream service. We were on the edge of our seats following Dario and kept our fingers crossed for him. Then, on the evening of the last day of the competition, Dario Flükiger and his team mate, Adrian Matthys, were named Swiss champion automation engineers! We are very proud of them and congratulate them both on this outstanding achievement. The victory qualifies them for the WorldSkills in Shanghai in September 2021 and we are more than welcome to support Dario on this path.