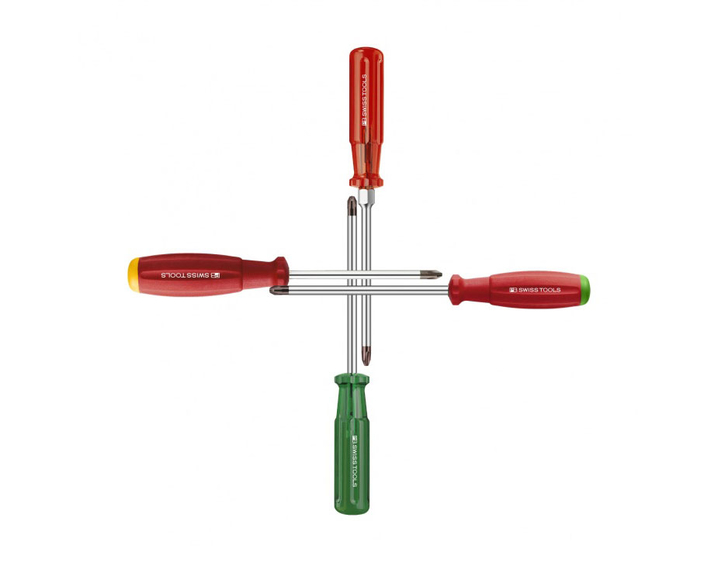 In the first half of the twentieth century, the slotted screws proved to be increasingly problematic. The industrialization brought about more and more power-operated screwdrivers. Aligning the screwdriver to the slot in the screw took up too much time and laterally slipping off of the screw lead to damages of the workpieces. 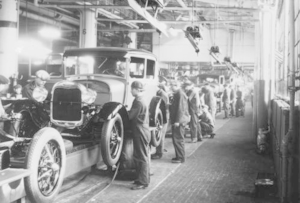 To counteract these disadvantages, J. P. Thompson patented a screw with a cross recess in 1933. He sold the patent to the Phillips Screw Company. It improved the profile and introduced the screw to the market in 1936/37.

The Phillips Screw Company and the American Screw Company patented a cross-head screw with parallel flanks which prevents the ejection force during tightening or loosening. The name Pozidriv is the abbreviation or acronym for "positive drive".

According to ISO standard, the two cross-head screwdriver types are designated as PH for Phillips and PZ for Pozidriv screws.

What are the differences in their application?

When applying high torques, the conical Phillips form generates an ejection force that pushes the screwdriver out of the screw. With Pozidriv, the parallel form prevents this force.

Right image: Pozidriv screwdriver in Phillips screw
The parallel tip cannot penetrate into the conical screw. This is often the reason why the screwdriver is selected by (at least) one size lower, which leads to an overloading of the tool.

Easily recognizeable through color-coding for the tools from PB Swiss Tools:

The screwdrivers and bits for Phillips screws are marked red/yellow

The screwdrivers and bits for Pozidriv screws are marked green: