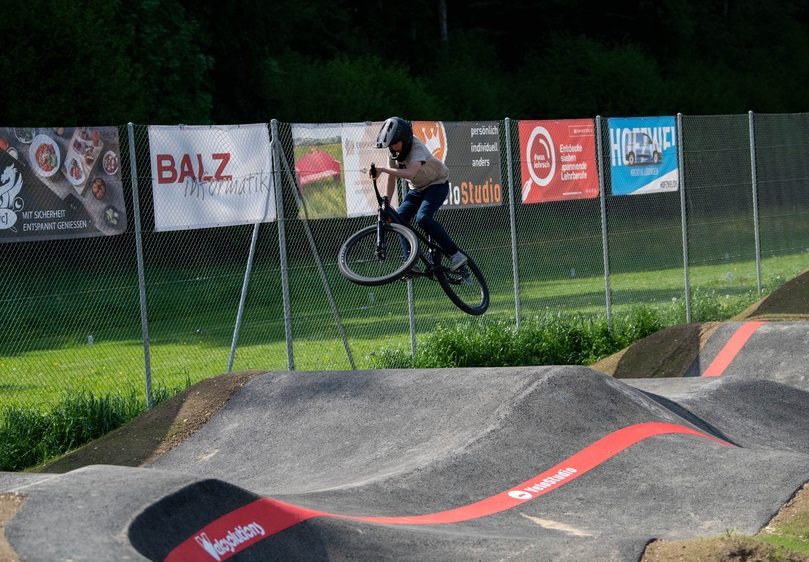 On Saturday, May 14, 2022, the time had finally come; after a long period of planning and almost seven months of construction, the pump track at Forum Sumiswald could finally be opened. The hearts of all bike enthusiasts were beating faster when the representatives of the special interest group Pumptrack Sumiswald, Mobiliar-Versicherung and the Sumiswald municipal council opened the track! The construction was made possible by various sponsors. We at PB Swiss Tools also financially supported the construction of the pump track and immediately equipped it with the necessary emergency bike repair kit.

Training offer for various professions
The pump track at Forum Sumiswald is intended to promote the fun of exercise and motivate different age groups to get off the couch and do sports outside. At the facility, children, teenagers and adults alike can let off steam for free with rollerblades, skateboards, scooters and, of course, bicycles. You can find more information about the Sumiswald pump track here.

As sponsor of the pump track, we were on-site with a booth and informed interested young people about our seven apprenticeships. In addition to commercial training in a varied field of activity, we offer the following apprenticeships:

At our company, young people not only learn to take responsibility, but also to work independently and as part of a team.

In order to give interested parties an in-depth insight into apprenticeships at PB Swiss Tools, our apprentices and their trainers were directly on-site at the booth and provided information about their experiences and the motivating cooperation.

During the game of skill “Buzz Wire”, children and young people were able to prove they had a steady hand at our booth. The goal was to guide the wire loop along the bent wire as quickly as possible without touching the wire with the loop. The ambition was great and the young people at our booth took up this challenge with a lot of enthusiasm. They also had the opportunity to take part in our competition and win one of our much sought-after BikeTools.

In the early afternoon, the pump track again attracted all bike enthusiasts: A few guys from the local area showed off their skills. The audience cheered them on enthusiastically as they sped around the pump track, performing their stunts. Soon, terms like “backflip” and “barspin” were heard; spectators clapped as the youngsters performed backflips and daredevil jumps. An impressive show that easily concealed how strenuous the rides on the track actually are. Because on the pump track you usually ride without pedaling. The only way to build up speed is by pumping.

Inspired by the boys' stunts, the children and young people eagerly grabbed their bikes again after the show and took a turn on the pump track. Many a father and mother stood on the sidelines and secretly decided to also venture onto the pump track soon. Perhaps when not so many people are watching? In any case, the sparkle in the eyes of many people couldn’t be overlooked!
And if something were to break on your bike on the pump track, our ToolBoard “Bike” is right by the entrance and has all the tools you need.

Our ToolBoard “Bike” can also be found in numerous other leisure regions in Switzerland. This way, you can carry out the repair yourself if a screw is loose on your bike!
Further information: ToolBoard Bike: “That's a great service!” – PB Swiss Tools 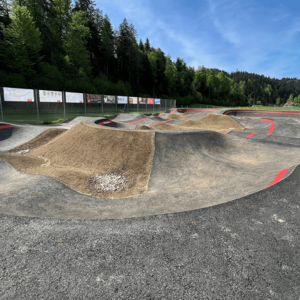 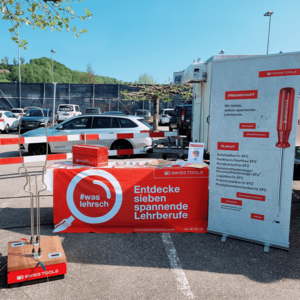