At the beginning of 2019, the Swiss tool and instrument manufacturer PB Swiss Tools entered into a partnership with Blaser Swisslube with some ambitious goals. Thanks to a holistic approach – under the motto “Liquid Tool” – and a change of metalworking fluid, the aim was to optimize processes, extend tool service lives and reduce production costs. A pilot phase was completed with flying colors and the lofty goals achieved. As a result, the partnership was extended to include other production processes.

The story begins at the village blacksmith in Wasen in the Emmental valley, where nose rings for the taming of oxen were manufactured. In the decades that followed, this developed into an innovative, global company whose name has become synonymous with tools and medical instruments of unsurpassed precision and durability – PB Swiss Tools. The history of the tool manufacturer can be traced back to 1878. Tools have been produced since 1940, with medical products added to the portfolio in 2013. Today, specialists in over 80 countries place their trust in PB Swiss Tools whenever their work has to meet the highest quality standards. The 180 staff in Wasen and Sumiswald manufacture 12 million tools and instruments each year, over two-thirds of which are exported to customers around the world. 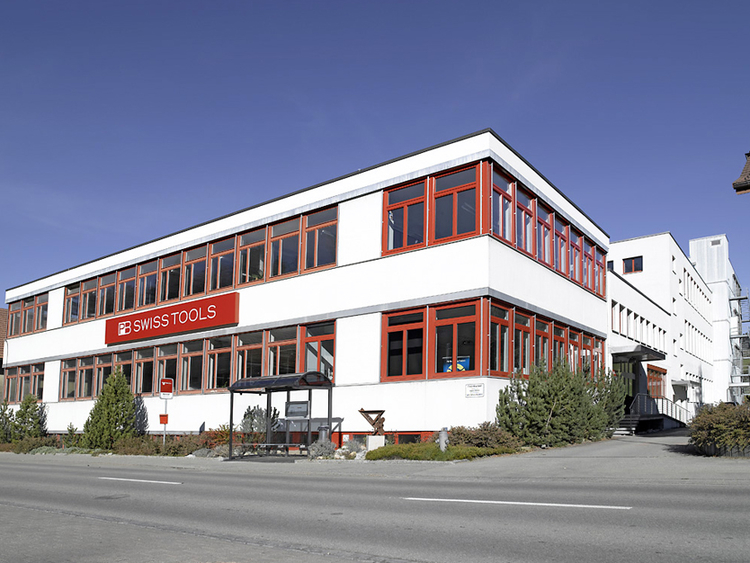 Tools and medical instruments of the highest precision and durability are produced at company headquarters in Wasen and in Sumiswald.

In 2019, staff from PB Swiss Tools became aware of Blaser brand ambassador Titan Gilroy and the Synergy 735 metalworking fluid at the Prodex trade fair in Basel. Patrick Gehrig – Head of Production at PB Swiss Tools – showed a particular interest in the holistic approach taken by Blaser Swisslube, with increased productivity and cost optimization through the use of the “Liquid Tool”. “We arranged for a visit of the production facilities at PB Swiss Tools to discuss a potential collaboration,” explains Hans-Peter Dubach, application engineer at Blaser Swisslube.

This visit focused on the comprehensive approach taken by Blaser Swisslube. In addition to discussions and meetings, all details of the production process were examined in detail. Hans-Peter Dubach explains: “This included an analysis of the water quality, the tools and machines used, and the processed materials. We took a look at all upstream and downstream processes and saw some potential for improvement. The cleanliness of the machines wasn’t up to scratch, with the lathes oily and sticky. Moreover, we were of the opinion that we could also improve the service life of the tools.” 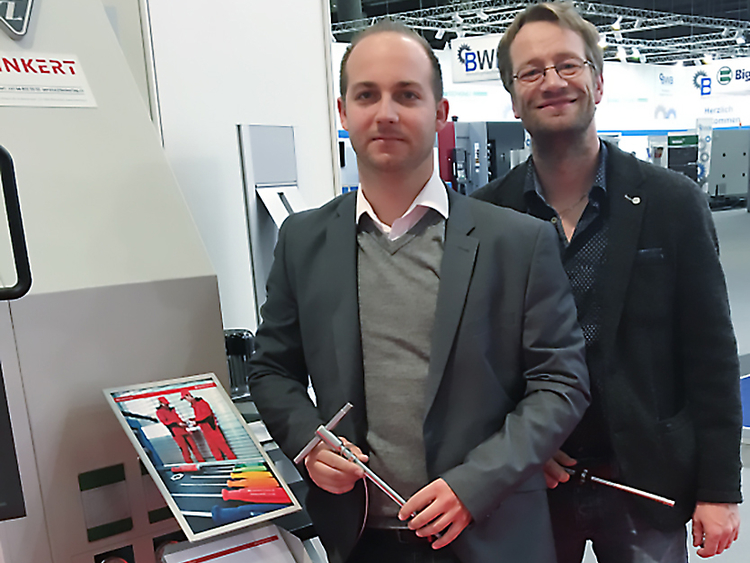 The experts from PB Swiss Tools set themselves the goal of optimizing the processes, extending the tool service lives and reducing the overall costs in cooperation with Blaser Swisslube.

Following the detailed analysis, Hans-Peter Dubach recommended the use of the crystal-clear Synergy 735 metalworking fluid. “This water-miscible, oil-free metalworking fluid achieves a flawless surface quality thanks to its optimal additives. It has outstanding flow behavior and the machines and tool surfaces are easy to clean,” explains Dubach. Moreover, Synergy 735 also gives a clear view of the machining process and features a neutral odor and outstanding compatibility with the skin. Thanks to the minimal foam build-up, the metalworking fluid is also ideally suited to high-pressure systems.

In spring 2019, the new metalworking fluid was tested on a lathe for three months. The results were convincing in every respect, with an improvement in tool service life of around ten percent while maintaining the same levels of process reliability. The rate of concentration adjustment was cut almost in half, which had a positive effect on overall costs. It was possible to reduce costs for both the tools and metalworking fluid. All process times were met. Last but not least, the improved cleanliness of the tools and machines also impressed the people in charge at PB Swiss Tools. Patrick Gehrig, Head of Production at PB Swiss Tools, already has one eye on the future: “We are placing our trust in our metalworking fluid partner Blaser Swisslube and will strive to achieve constant improvements in other areas.” 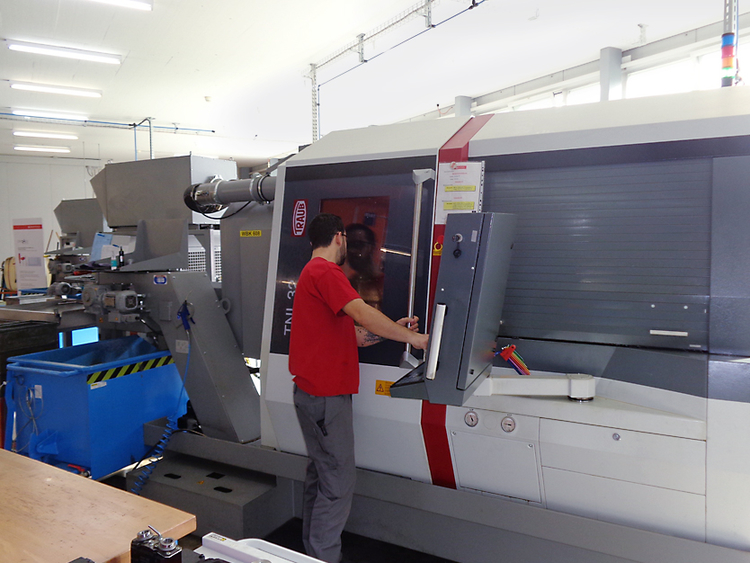 Since the switch to the new metalworking fluid solution, the machines have stayed clean.

Following this successful collaboration, further processes with scope for improvement have already been tackled. These include new grinding processes, the use of cutting oils, the introduction of lubrication plans and streamlining of the lubricant range. PB Swiss Tools and Blaser Swisslube intend to further intensify their partnership in future.