Gold and Silver for our Marketing Films 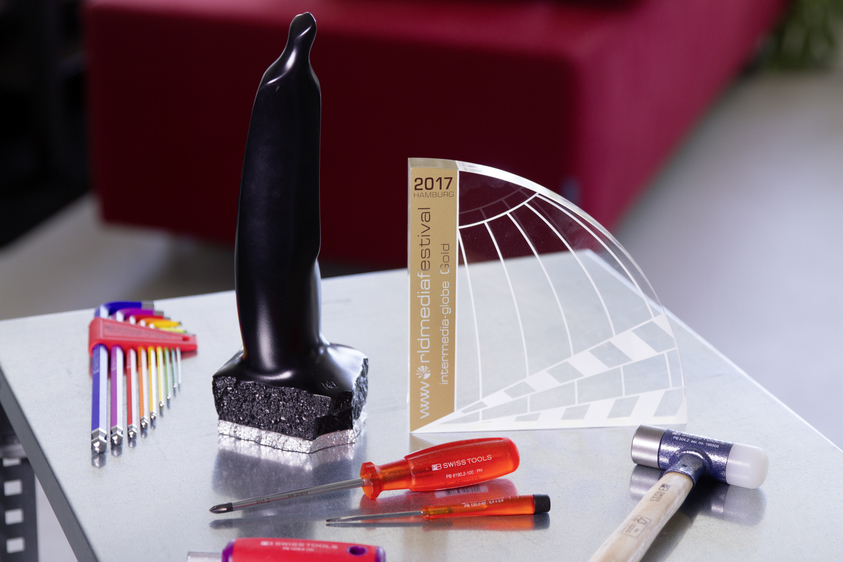 "Likable, believable and superbly rendered": Our new marketing films made it into the medals at Edi.16 and at the Hamburg World Media Festival 2017. See for yourself!

The Hamburg World Media Festival honors outstanding solutions in corporate film, television, web, web TV and print productions at an international level. This forum for communication professionals is one of the most important events in the industry in Europe. We are all the more pleased that we made it all the way to the top at this festival: Our Product film of Series 2 (ElectroTools, mallets and hex key L-wrenches) won the Gold Award in the "Corporate Communications" category.

The Edi. is the official award for Swiss films; to be precise, it is the quality award for commissioned productions of advertising, industry and corporate films.

At Edi.16 in the category "Corporate: Marketing Films", we won silver with our series "SwissGrip screwdrivers, hex key screwdrivers with cross handles, torque tools, RainBow hex key L-wrenches and PrecisionBits". With this award, the jury honored "a fine, accurate tribute to Swiss production facilities" and praised the series as "likable, believable and superbly rendered, all the way from sound and camera up to editing and text". Click here for the report Edi.16 in Werbewoche.

New films will be released by the end of 2017

In August, we will begin production on another edition of the Work with the best series. In the fourth quarter, the ready to shoot concept will be made into a series that focuses on the application of our tools. The new films are expected to be presented later this year.

All films were conceptualized and realized in cooperation with Maybaum Film and Avista Films. On our side, the person who was responsible was Christian Baumberger. All the films are available in German, English and French; for Japan and China, they are available in English with subtitles.