"The atmosphere at the SwissSkills was simply amazing!" 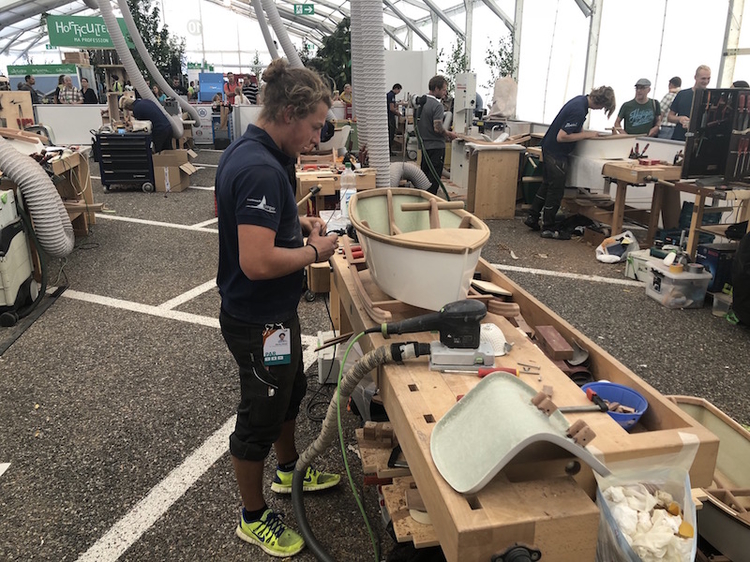 This year, for the first time, boatbuilders and boat mechanics were represented at the SwissSkills. Micha Bürgi, who organized the competition, reports.

135 trades, 75 competitions: at the SwissSkills 2018, that took place in Bern from 12 to 16 September, around 900 young tradespeople demonstrated their skills.

The senior expert had his work cut out

For the boatbuilders and boat mechanics this was their first chance to take part in the competitions – and that included Micha Bürgi, Senior Expert, boatbuilder and lecturer at the technical training college in Zofingen. His was the task of formulating the tasks and assessment criteria, making the patterns and procuring the materials.

During the competition period, he was responsible for ensuring that the other experts’ appraisals complied with the WorldSkills CIS assessment system so that the ranking on the Saturday was representative and in line with requirements. 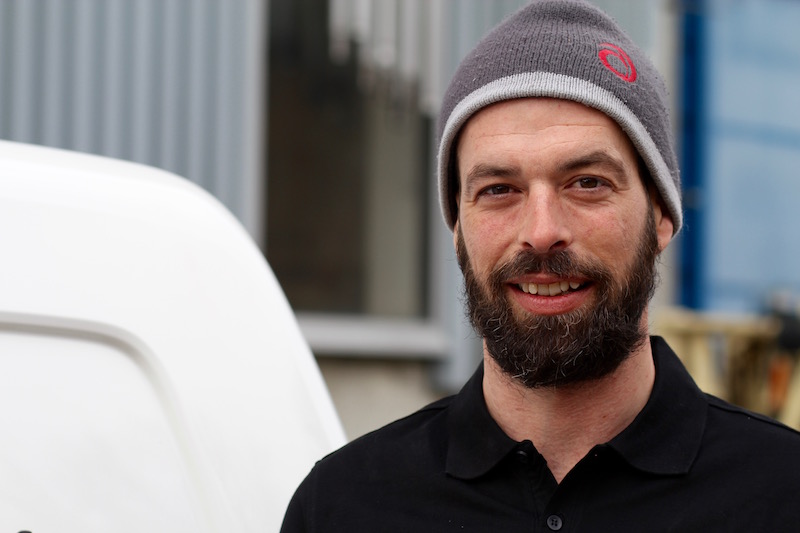 Micha Bürgi was on hand as the master of the competitions. (photo: PBST)

What was his response to the competition?

Each of the eight boatbuilders was required to build a boat swing using plastic and wood. The five boat mechanics demonstrated a number of skills relating to repairs, servicing and preventive maintenance. But the many members of the public that attended were also able to get to grips with some of the trades: in the MySkills area, both young and old were invited to try their hand at boatbuilding.

What did the expert feel about the quality produced? "I was positively surprised", reported Micha Bürgi. "The results were of a higher standard than those in the apprentices’ final exams. One of the reasons for that is that these participants had already finished their apprenticeships. But not only that: the atmosphere at the SwissSkills was far more relaxed than in final exams, even though it was a competition."

The vocational college lecturer was also very impressed by the event as such. "A lot of time and money is invested in vocational training. The range of trades demonstrated here was tremendous, and the financial investment made by each of the trade areas to make sure their trade was well represented was outstanding."

Although all the participants had given their all and produced excellent results, there was only room for three on the podium in each field. The results:

Apprenticeship diploma as a boatbuilder

Apprenticeship diploma as a boat mechanic

Website with all the details and results of the SwissSkills 2018 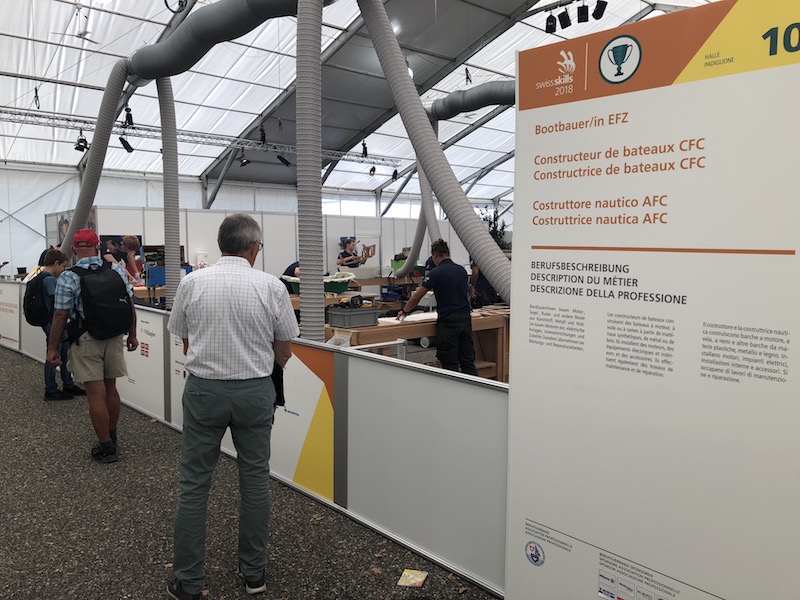 At SwissSkills for the first time: the boatbuilders. 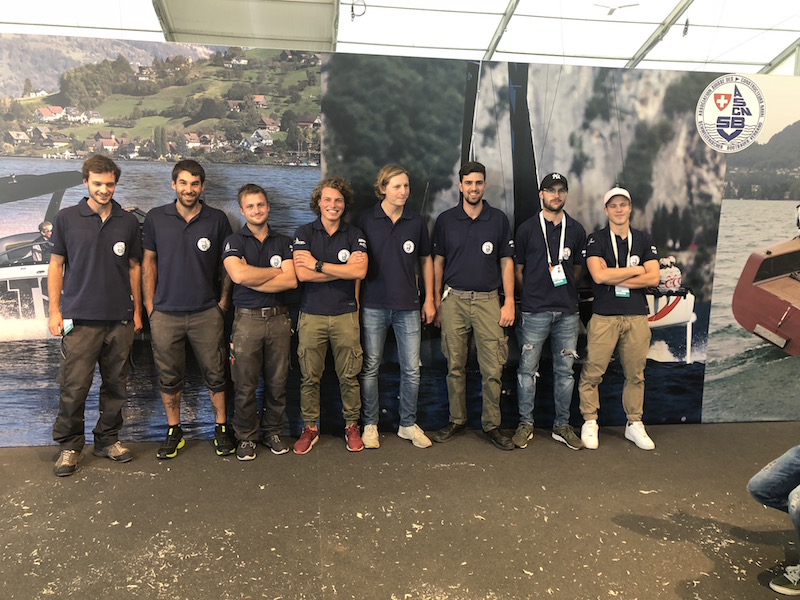 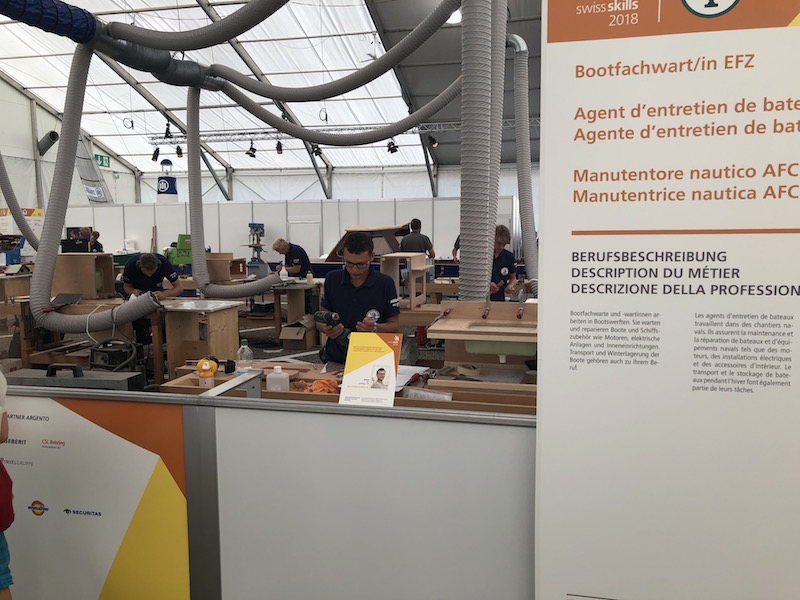 Also here for the first time, the boat mechanics. 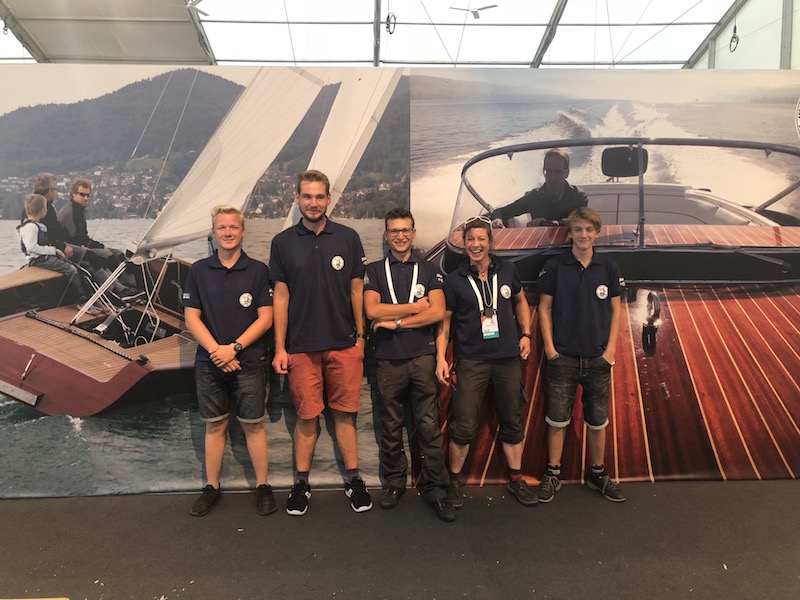 The five participating boat mechanics, proving that it is not only a man’s world. 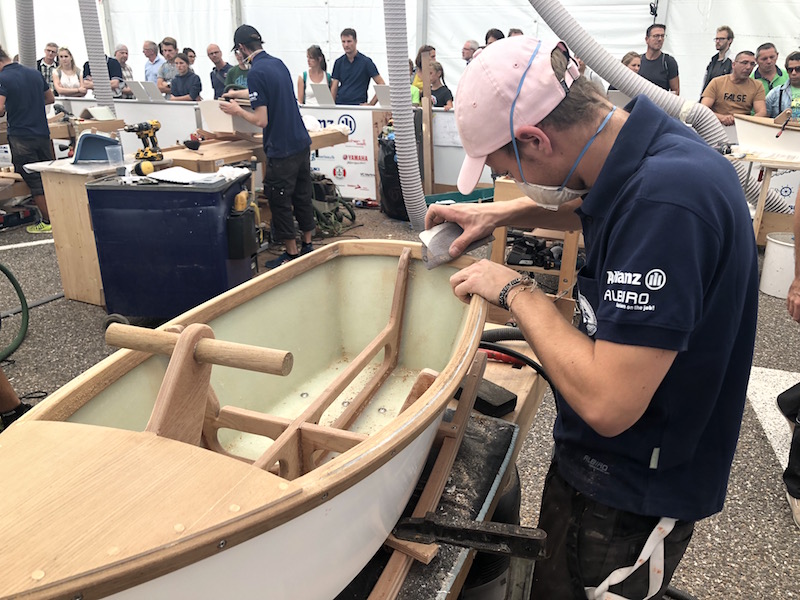 Many members of the public attentively followed the progress of the boat swing. 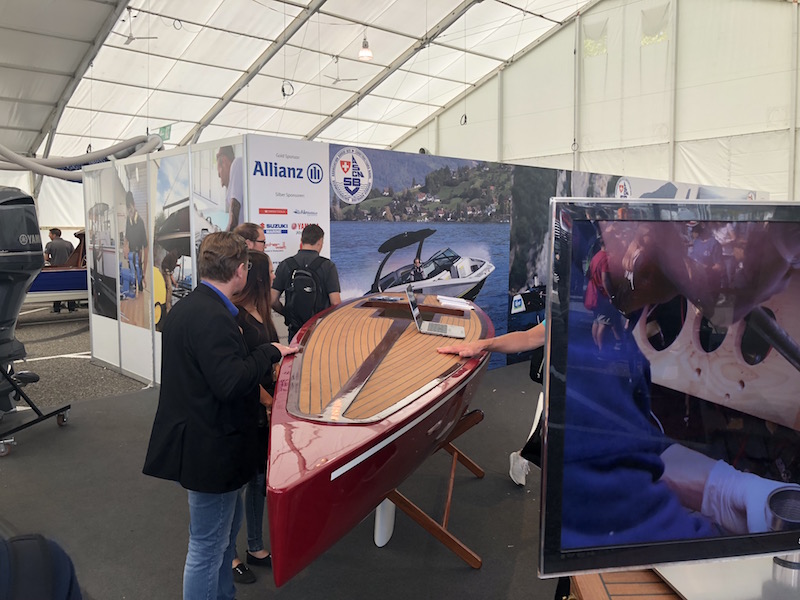 The fascination of boats: There were also plenty of hands-on activities at SwissSkills. 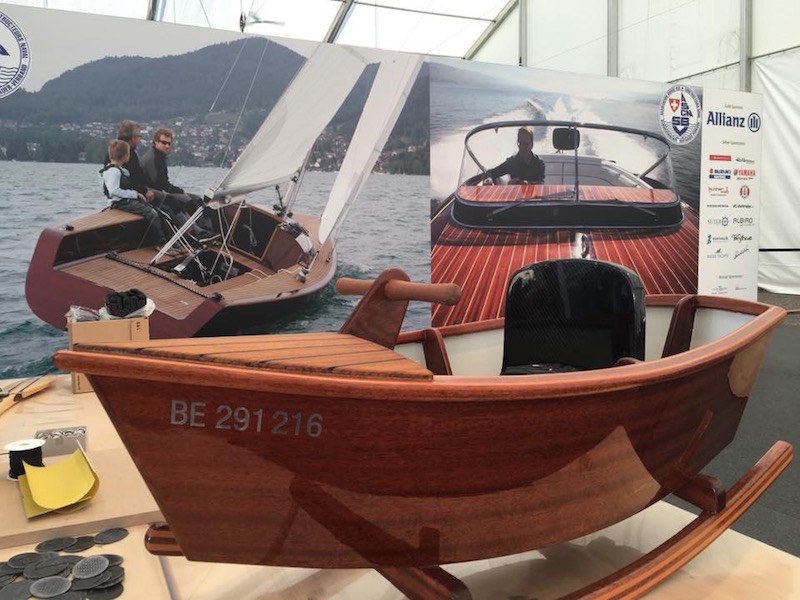 The final result: A boat swing. 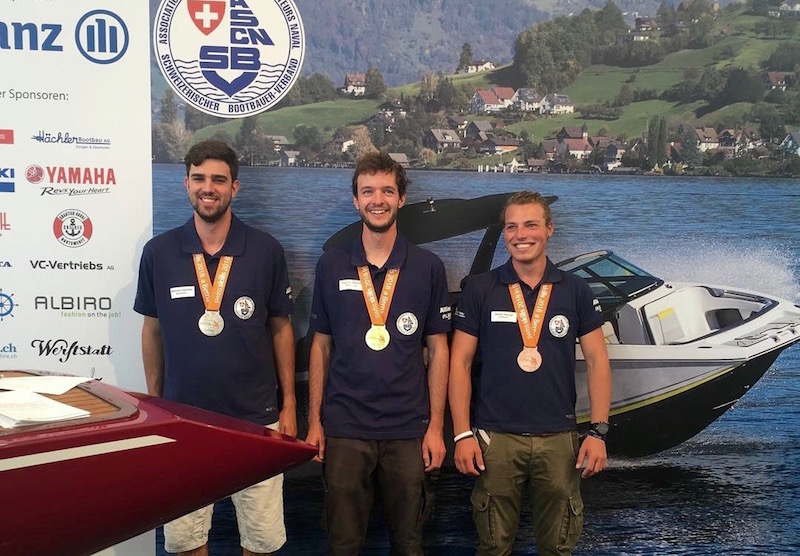 The prize winners among the boatbuilders with apprentice diplomas. 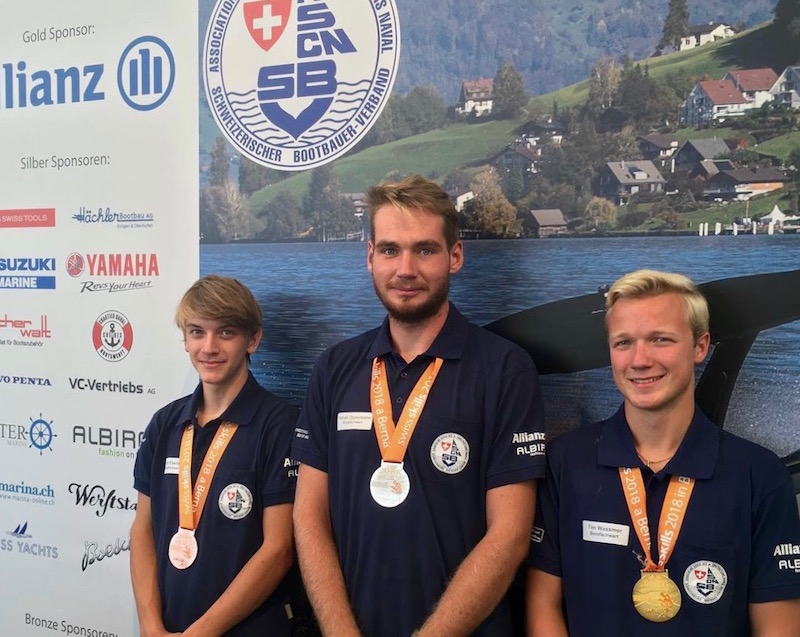 The prize winners among the boat mechanics with apprentice diplomas. 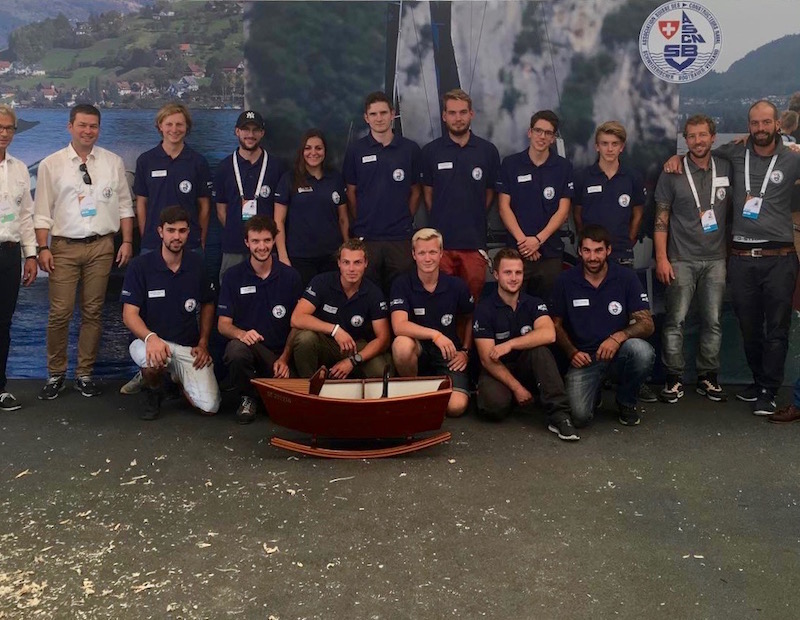 Satisfied with the competition: the team of boatbuilders and boat mechanics (almost