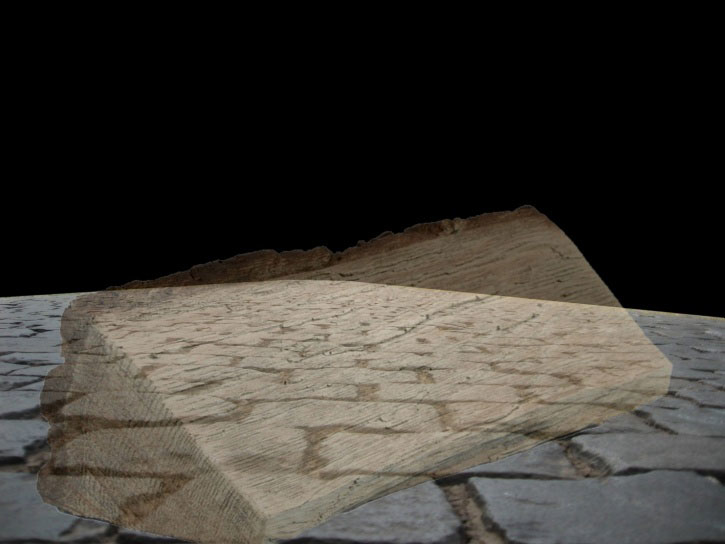 Hardwood and conifers contain cellulose and lignine as building substances. Cellulose is important as raw material for producing paper.

Rags and scraps of cloth were used as fiber raw materials for a long time. Paper manufacturing from wood did not start until the middle of the 19th century.

In 1859, a process for "Increasing the strength of parchment paper" was patented in England. It was the start for the important development of modified natural substances based on cellulose.

Cellulose nitrate was developed in England as the oldest moldable plastic that gained economic importance. It became world-famous under the name celluloid.

The highly inflammable and the resulting inflammable nature motivated many researchers to develop other processes for manufacturing plastics from cellulose.

Cellulose acetate features the following properties, among other things:

In the 1930s, cellulose mixed esters were developed in Germany and America which contained butyric acid in addition toe acetic acid. The new plastic cellulose aceto-butyrate (CAB) entered the market for injection molding in 1946.

Compared with CA, CAB has:

Since the first manufacture of PB Swiss Tools Classic handles in 1953, CAB has been used until now.

Despite the fast development of plastics engineering, there still is no transparent material that is better suited for tool handles than CAB.

Throughout the world, the Eastman Chemical Company in Kingsport, Tennessee, is the only manufacturer of CAB.

The required cellulose was originally obtained from cotton. The increased demand for textiles and cigarette filters led to shortages and price increases. For this reason, the switch was made to conifers as raw material source.

Today, three new trees are planted for every two trees taken down for the manufacture of cellulose plastics.