Our apprentices take part in the Circular Economy Challenge 2022 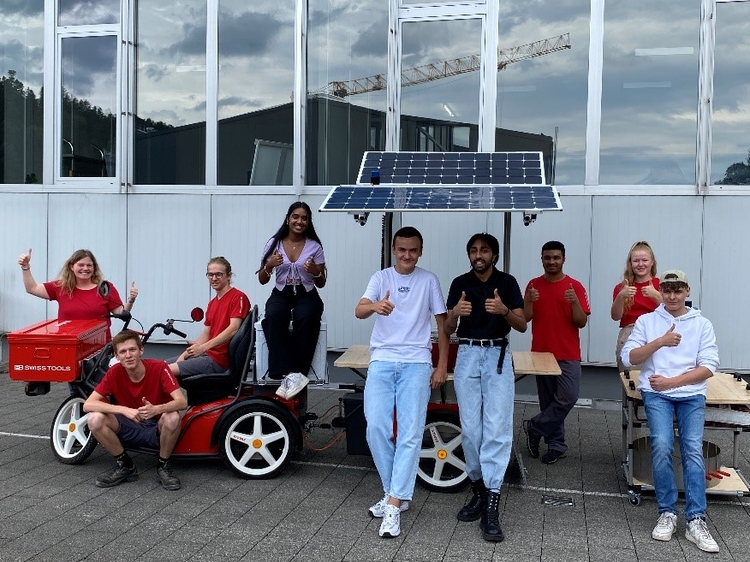 The apprentices at PB Swiss Tools set themselves a real challenge – their aim was to created something new from a used and scrapped Swiss Post Office delivery vehicle. The “Healthy nutrition” theme of the competition ideally complemented the tender’s focus on sustainability.

Everyone is familiar with the yellow electric three-wheel vehicles from KYBURZ, on which Swiss Post Office workers ride on our streets almost silently. It was precisely one of these decommissioned DXP vehicles that was to serve as the basis for something entirely new.

As part of the Circular Economy Symposium, people from all over Switzerland were invited to give the vehicle a new purpose in a competition with the theme of “Healthy eating”. 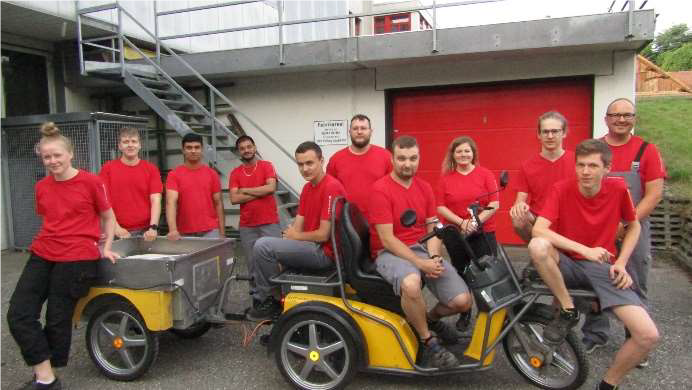 Sustainability as a goal

The apprentices at PB Swiss Tools were also happy to accept this challenge. Coming together under the name of the “PBST Sustainability Team”, 14 highly motivated apprentices and five supervisors set about working out the details of a suitable project.

Their plan was to convert the vehicle and the trailer that goes with it into a solar-powered modular platform vehicle. The aim is for this to be used in summer as a mobile food van, in which solar energy can be used to press fruit and vegetable juices and charcoal can be used to operate a grill. In fall, the van can be used as a mobile sales or maintenance vehicle.

In the spirit of sustainability, only used parts were given a “second life” – as far as this was possible.

The aim was to carry out the work on two project days in June, which made for a very ambitious schedule. As part of this work, the post office vehicle was taken completely to pieces, the body parts were sprayed red and the solar panels that were purchased secondhand were installed so that they can be deployed and retracted electrically.

The project was then completed according to plan in August. In the evening, there was a small test with freshly pressed juice and food cooked on the charcoal barbecue. But, it wasn’t just skewers, mushrooms and sausages that were served – the apprentices also prepared a fondue on the multifunctional grill, with the tried-and-tested PB Swiss Tools fondue forks being used. Everyone was happy and the premiere was a success!

The team showcased the final model at the 2nd Circular Economy Challenge, which was held in Freienstein on September 2, 2022. Although it did not win a prize, everyone benefited from the intense collaboration, the high levels of motivation and the innovative strength. And the module platform vehicle will definitely be used frequently at PB Swiss Tools. 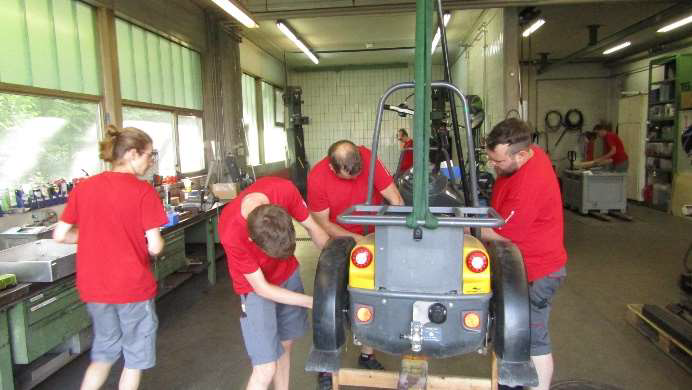 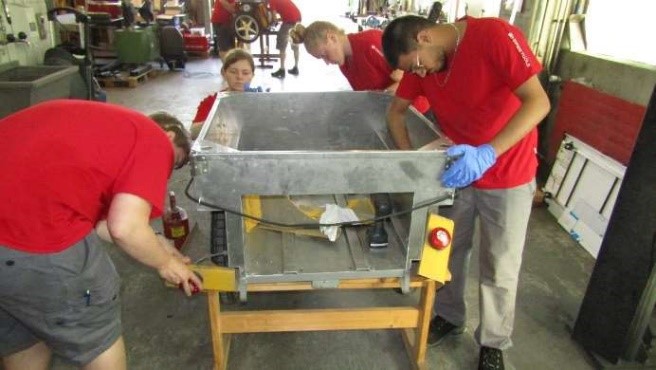 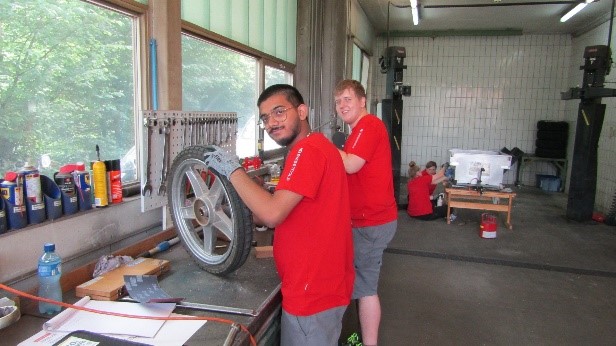 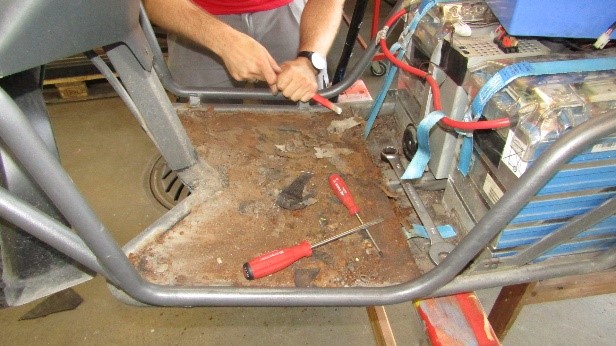 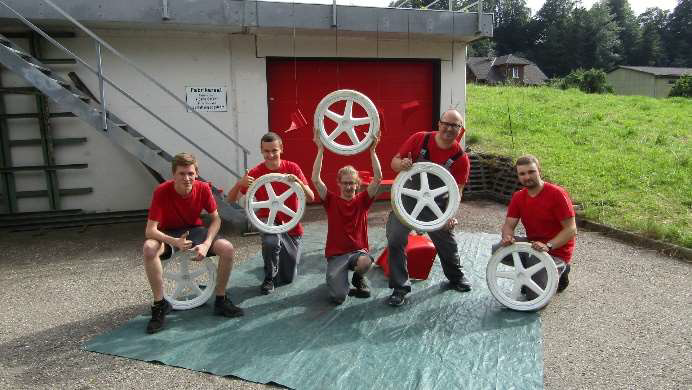 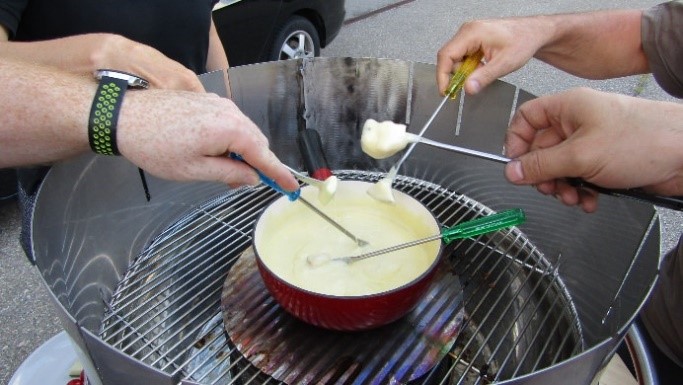