And another film prize! 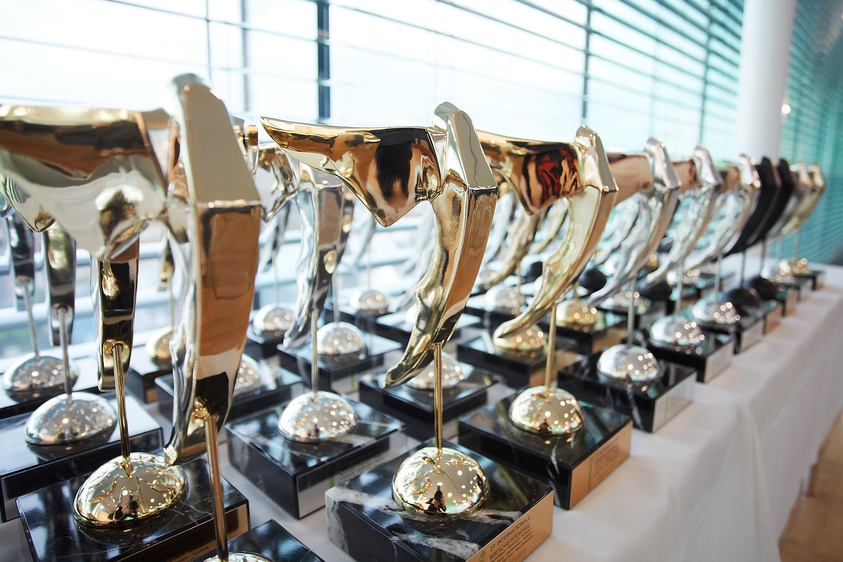 For our «Swiss Clients 2017» short film, we are collecting a prize at the 28th International Industrial Film Days in Vienna.

Since 1963, the International Industrial Film Days have taken place every second year in Vienna. This, the oldest industrial film festival for the German-speaking world (Germany, Austria, Switzerland, Liechtenstein, Luxembourg and South Tyrol), is the largest competition for audiovisual media in all fields. 2018 is a record year: with 363 entries, the number of contributors this year was higher than ever before.

The decision will be taken on 16/17 May 2018: for the 28th time, the best film productions from many categories are to be honored with a prize: our contribution, «Swiss Clients 2017», produced in conjunction with Maybaum Film and Avista Films, has been shortlisted as one of 73 productions.

As a result, we have already won a «Silberne Victoria» (Silver Victoria) in category «E – Integrated Communication». And it may even be transformed into a golden one: on 17 May, the shortlisted candidates will be publicly screened in Vienna. This will be the moment when the decision as to which candidates receive a silver prize and which receive a golden prize will be taken.

Praise for our film productions

This is not the first time our film productions have won prizes: our marketing films have also been honored at the Edi. 16 and the Hamburg World Media Festival. We commented on those prizes in this report.