PB Swiss Tools first and foremost in the Hyperloop race 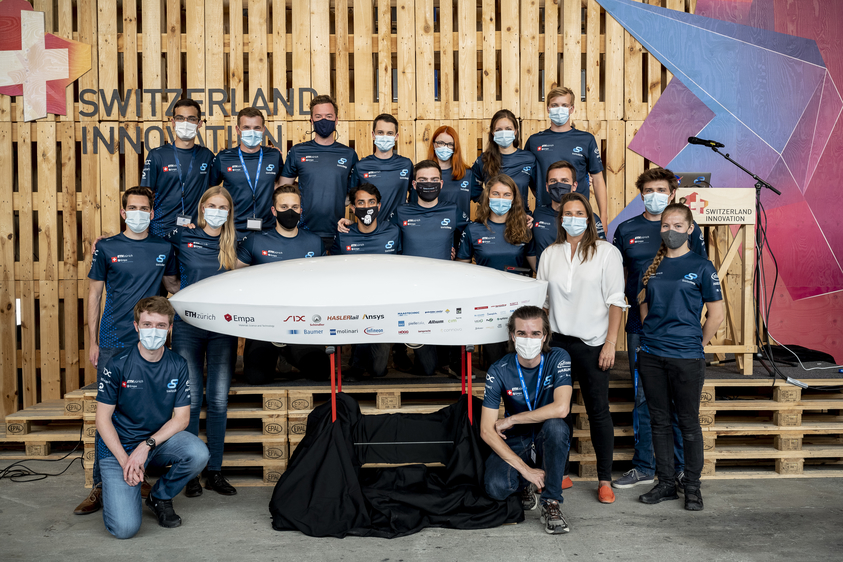 Covering a distance from Basel to Rome on the ground in less than an hour – this is the goal of the Hyperloop idea promoted by Elon Musk, on which companies and universities all over the world are working. Fascinated by this innovative vision, PB Swiss Tools is supporting the highly motivated Swiss team of ETH Zurich students by providing precision tools. Thanks to excellent technological and manual skills, the Swissloop Pod raced to second place in the last international Hyperloop Pod Competition. This year's team has now showcased the Pod 2020 with decisive optimizations at the Switzerland Innovation Park.

Swissloop – the successful Swiss contribution to Hyperloop
The idea is actually incredibly simple: to send goods and people through an almost airless tube – similar to a pneumatic tube – in a capsule at around 1000 km/h without any resistance. However, the enormous challenges this poses only become apparent in practice. The aim is to optimize the ratio between weight, performance and braking force and to ensure stability even at a high speed. Ultimately, however, drive technology also turns out to be a central issue. Here, you have to completely rethink what seem to be established principles and not succumb to the temptation of an apparent quick solution. These obvious parallels to the innovation philosophy of PB Swiss Tools were the reason why we decided to provide the project with generous support.

LIM – forgoing quick success in favor of the long-term goal
Instead of relying on a fast-moving speed success with a conventional electric motor like its competitors, the Swissloop crew decided back in 2019 to develop its own linear induction motor (LIM), which is predestined for long-term practical use. The receipt of the Elon Musk Innovation Award and the ranking as the fastest LIM-driven pod have impressively confirmed just how right this future strategy is. Drive systems based on wandering magnetic fields are actually already used in some modern rides in theme parks. But even though the development process for the highly complex non-contact pod drive has also been something of a rollercoaster ride, the ETH crew’s LIM is in a completely different technological league. In comparison to the previous version, the Swissloop team has succeeded in doubling the maximum attainable speed of the 2020 pod. And the successor team has already been put together to further perfect this future technology. At their side once again are the precision tools from PB Swiss Tools.

From the ESD bit holder to the DigiTorque V02 – PB Swiss Tools at the start with its entire range
The specific demands placed on the tools for the pod project are very high. The turnable heads on the electronic screwdrivers, coded according to the screw profile, help in the fine adjustment of set screws. The Slim screwdrivers, fully insulated up to 1000 V, allow precise work to be carried out, even in the tight spaces between components. The mechanics team particularly appreciates the key L-wrenches, which are color-coded according to size and, with their extra-short 100° key part and ball point, often make component assembly in such a compact arrangement possible in the first place. With its ability to precisely reproduce the desired torque when tightening screws, the DigiTorque V02 has naturally become a loyal team member in view of the many delicate materials, such as aluminum, carbon and plexiglass. What’s more, the colleagues from the electrical team are extremely grateful that the mechanical team works strictly with ESD tools from PB Swiss Tools in certain phases...

Competition pod or baby pod – missing specifications boost innovative strength
But what if there are no precise guidelines for the coming competition when the baton is passed from one academic year to the next? Will the new course be 10 km long? Does it perhaps include a bend? In December 2019, when no new specifications were provided by the SpaceX Hyperloop Pod Competition, the Swissloop crew, driven by an extraordinary spirit of innovation, decided to take a bold step: Instead of building a competition pod with unclear specifications, the team dedicated itself to performing fundamental research, component development and the validation of the systems with its own objectives. The result: a fully functional “Baby Pod” prototype, as it is affectionately known, on a smaller scale. The pod was developed in a consistently modular fashion with the clever idea of multiplying the individual systems at a later date, which would give them the chance to scale the pod to a competition pod. This approach in itself reveals the team’s unconventional innovative spirit, which we also consistently pursue at PB Swiss Tools.

Electrics vs. mechanics – individual teams join forces through the sharing of tasks
In view of the many technical challenges and the desired modular design, two competence teams were formed: one for the electrical systems, such as LIM, the inverter, control system, sensors and battery, and the other for the mechanical components such as the chassis, brakes, undercarriage and cladding. The improvements achieved with this strategy compared to the previous model are significant. Mechanically speaking, a constructive weight reduction of the ribbed structure from 11 kg to 2.5 kg as well as a 40% higher braking efficiency were achieved with the innovative pneumatic system. The electrical team developed a new type of software with 30,000 lines of code for inverter and LIM controlling as well as communication between the individual system components. Sophisticated and in parts highly miniaturized sensor technology also ensures absolute control at all times during operation. The whole system is so complex that 148 days of processing time on the high-performance computer at ETH Zurich were required just to simulate the working of the linear induction motor. A conventional computer would have needed a good 17 years for this calculation.

The loop must go on – a technology project is never quite finished
Simona de Silvestro, Formula E racer and the person after whom the Swissloop pod 2020 was named, pithily summed up one of the success factors on the occasion of the reveal event: “Don your helmet and step on the gas!” This maxim is definitely essential for the determined development of an innovation project. But anyone who has experienced the “Swissloopers” – a name given to the ETH crew by René Kalt, Director of the Switzerland Innovation Park – live, will be confident that the team will make great progress with the Hyperloop project with its mixture of student zeal and high-precision science. This manifests itself particularly impressively in the complex processes of the test drives, which ultimately represent the reward for all the hard work. With their checklist routines and countdown procedure, they are in no way inferior to a rocket launch in terms of tension and professionalism. And what do they always have with them on the test track? Their preferred tools from PB Swiss Tools, as there is always something to be perfected.

Information on Swissloop:
Swissloop is a student association aiming to advance the research and development of vacuum transport technology and its application in practice. This innovative system has the potential to transport people and goods faster and more efficiently. To help design this new mode of transport, Swissloop develops and builds prototypes of transport capsules – referred to as “pods”. Furthermore, Swissloop aims to raise public awareness on how this technology can impact our everyday lives and the future of sustainable transport. 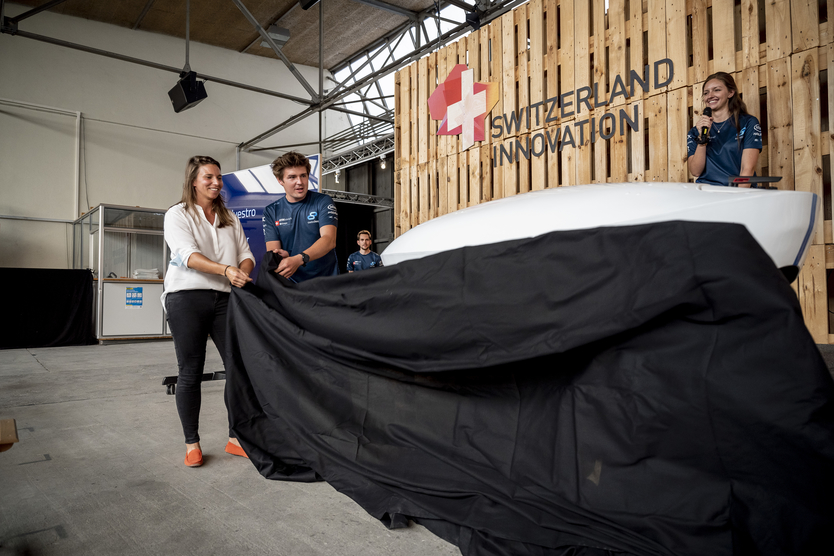 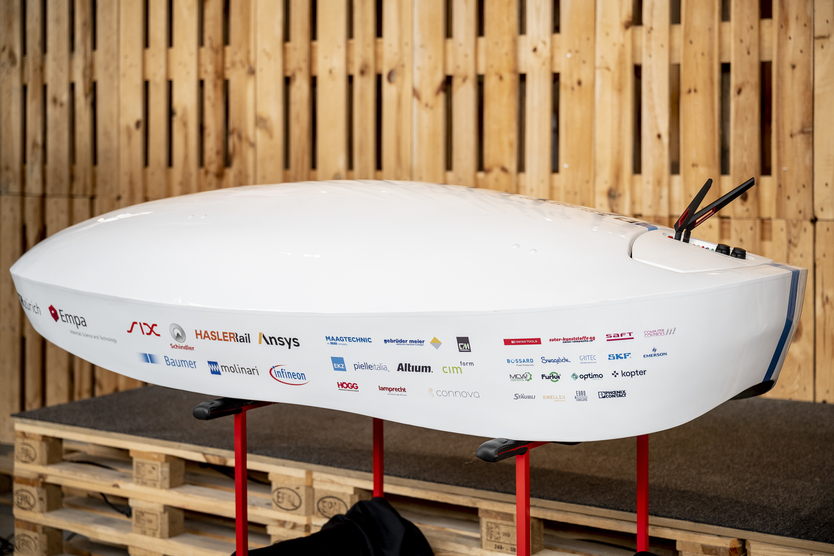 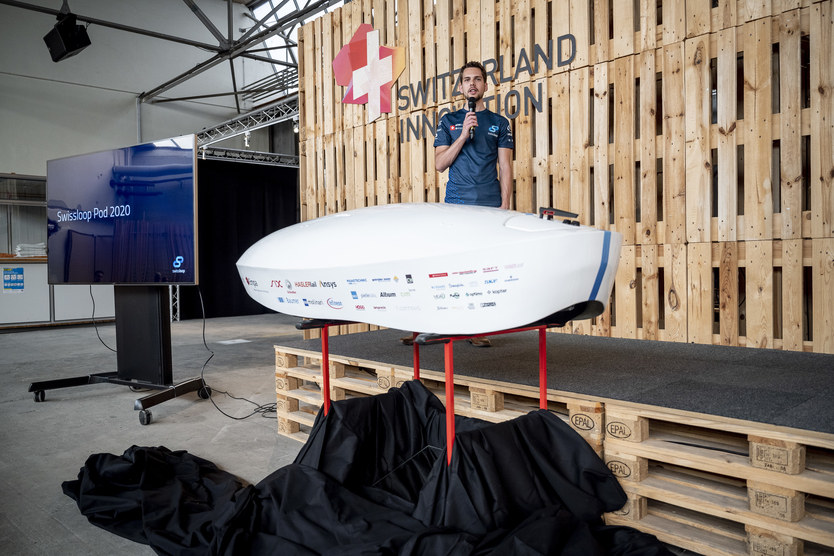 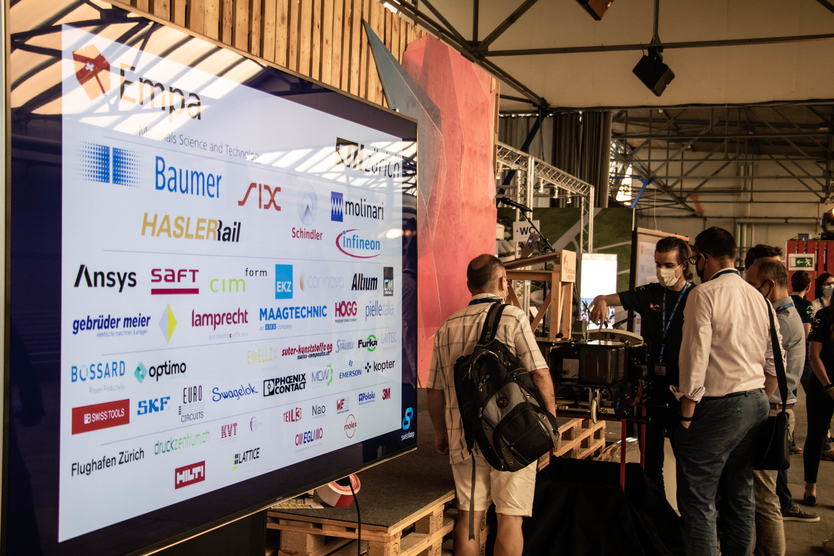